Minsk
Fundraising is over
Meet the child
Dear donors, thank you for helping Nikita! The foundation paid for the boy's surgery by the method of Doctor Ulzibat at New Medical Technologies Center inTula (Russia). The treatment will significantly improve the quality of Nikita's life and give him a chance to lead a more productive life.

My name is Kolesnik Svetlana Nikolayevna. I`m asking you for financial assistance for surgical treatment of my son, Kolesnik Nikita Sergeevitch.

Nikita was born on September 10, 2004 as a healthy baby. At the age of two weeks he had a serious disease — meningoencephalitis which left serious consequences. The child grew up normally (according to age), but over the years things changed. He started to turn in his leg, the left arm dropped, there was no grasp. Approximately at the age of two years Nikita was given disability status. We make all efforts: costly medications, rehabilitations, individual massage and therapeutic exercise. Certainly all these have positive result but medical specialists arrived at a conclusion about necessity of surgical treatment at this stage.

Nikita is a fist-year pupil of a secondary school performing 85-90% and being not behind his peers. Despite the problems, he grows a very kind and cheerful boy. He likes reading, writing and singing, plays and looks after his younger sister. Nikita hopes that “his left arm will operate like the right one" very soon. I do believe it as well and hope very much for a successful outcomes of the surgery. 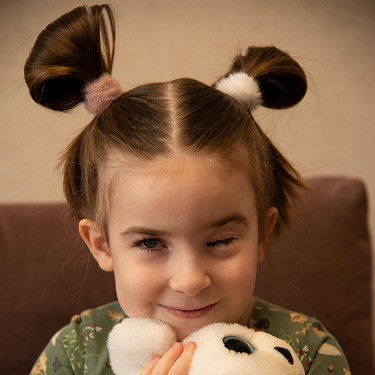