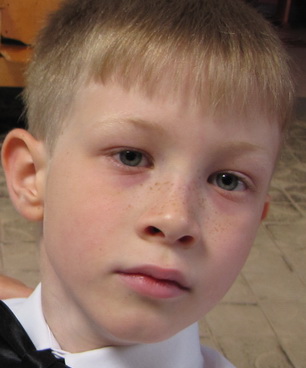 Minsk
Fundraising is over
Meet the child
Dear friends! Thank you! Together we have raised the amount necessary for Misha's treatment. The boy has Ewing's sarcoma - a malignant tumour that affects bones. He was diagnosed with the disease in 2010. The child underwent 14 cycles of chemotherapy and had his radial bone and a group of muscles removed. Misha courageously endured the treatment - and the disease surrended for some time. In fall of 2011 the doctors found out that the tumour had returned. Now Misha is finishing his 6th cycle of chemotherapy. After that he needs supporting therapy with antitumour medicine Temodal. The cost of the required amount of the medication is 12 000 dollars USA.

Our family is asking you for financial assistance for the treatment of our son, Misha Moroz.

Misha was born on June 9, 2002. He was always an active, cheerful and curious child. He was full of energy. At five Misha started ballroom dancing, at 7 — karate classes. He participated in various contests and won rewards. He dreamt of winning golden medals at some international championship.

In June 2010, several days after his birthday, we learned about his horrible diagnosis. Our child had malignant tumour: Ewing's sarcoma of right radial bone. According to the official treatment protocol Misha had to undergo 14 cycles of chemotherapy which meant spending a year in the hospital — injections, UVs, endless test and so on. But Misha stoically endured all the sideeffects of antitumour medications — just like a real athlete would. Sometimes he even joked: "No hair? Never mind. My head is smooth and I don't need any shampoo".  In January 2011 he had his radial bone and a group of muscles on his right hand removed. After the surgery Misha had several months of rehabilitation, which was performed at the same time as the prime treatment. Constant exercises and strong spirit did their work — Misha again started writing, painting, eating and even playing computer games with his right hand.

He wasn't any different from his classmates that came to play with him whenever he was home, though it happened very rarely. All Misha's friends, classmates, teachers where counting first months and then days till the end of the treatment.

In July 2011 the last course of chemotherapy was over. The hope appeared that we were starting a new life — with new wishes, new ideas and priorities.The life of a regular nine-year-old boy started — with visits to granny's countryhouse, trips to the forests, fishing. Misha wanted to resume his ballroom dancing and karate classes. His instructors were willing to create individual programmes for Misha — they wanted him to return very much.

But in fall 2011 during a routine check-up the doctors found out that the tumour had returned. At the same spot it was before. Recurrence is a dreary word. Again hospitals — chemotherapy, radiation therapy… Soon Misha will finish the last course of treatment with antitumour medications. After that he needs supporting therapy with the medications that need to be bought abroad (in Russia and Europe). Since only Dad works in our family it's hard to save the required sum.

Our family is asking you to help our son. We will be grateful for any help.

Today the Foundation has transferred $ 1 745 to Misha's parents' account.

Today the Foundation has transferred $ 12 275 to Misha's parents' account. 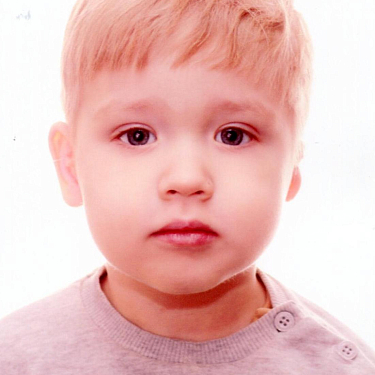