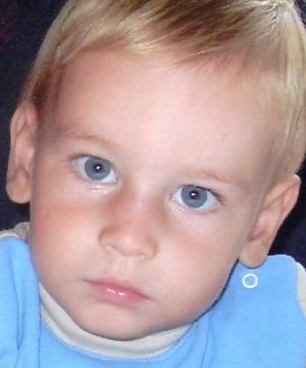 Mogilev
Fundraising is over
Meet the child
Dear friends, thank you for helping Bogdan. Your donations enabled Bogdan's mum to buy digital hearing aids for her boy. We greatly appreciate your kindness and consideration!

I am Yekaterina Afanasenko from Mogilev. My son Bogdan is 2 years old.

On behalf of our family I am asking you for help. Our son was born in December 2009. My pregnancy went quite well but the doctors insisted on an emergency Cesarean section. Though I was unprepared for it, I agreed for the doctors said it would be better for the baby. Bogdan was born healthy but on the 4th day he developed pneumonia and was hooked up to a ventilator. He got lots of injections and then was transferred to another hospital for rehabilitation. Оnly a month later we found ourselves at home. Everybody was happy. We all thought that our troubles had finally ended.

Bogdan was growing healthy and was developing just like any normal child would. Though he started walking much later than he should have. He first started cooing and then babbling. When he turned 1, it seemed to me his response to the sounds deteriorated. We went to the doctor and were given a referral to Otorhinolaryngology National Practical Center in Minsk. We had to wait half a year before getting an appointment with an audiologist. On the examination we were told that Bogdan had exudative otitis but his hearing was normal. On our returning home we received a course of treatment at our out-patient clinic and then at the regional hospital. We stopped worrying for some time. But a couple of months later we decided to make an appointment with an audiologist again. In November 2011 the audiologist told us to get shunts as soon as possible since our exudative otitis couldn’t be treated any other way. Bogdan’s hearing was not good — he was diagnosed with moderate hearing loss. We went home and started classes with the instructor to prevent Bogdan’s getting behind other kids of his age. After teaching Bogdan for some time the instructor told us that our son was very capable and hard-working, that he was able to reach a lot and needed intense practicing.

Several times Bogdan’s admission to the hospital for the surgery was put off due to the child’s being sick. Finally we came to the hospital to receive shunts but during the examination the doctor told us that Bogdan had no otitis any more. We went to the audiologist and Bogdan was diagnosed with severe sensorineural hearing loss. It was a hard blow to us though I had suspicions long time ago. The shock didn’t pass soon. Later I started asking doctors what could have led to such consequences. It turned out that while in hospital Bogdan had been treated with an ototoxic antibiotic that has such delayed action. But at that moment it didn’t seem to be of any significance any more. The only thing that seemed important was the answer to the questions what to do and how to help the child. At the National Practical Center Bogdan was recommended to get two hearing-aids and continue classes with the instructor. The doctor told us that Bogdan was still young and had all the opportunities to develop normally. The doctors in Minsk and in our native Mogilev told us that it was extremely important for Bogdan to get high quality hearing-aids and have them adjusted properly.

Bogdan got disability status and we started ….. not only in class with the instructor but we also practiced at home. We bought and read plenty of books on the issue. The state gave us a free hearing-aid. Certainly it was much better than the one the state had given to hard of hearing kids five years ago. We were going to buy the second hearing-aid of the kind when we started noticing that the device was no good for our child — Bogdan kept tearing it away. And on the stage when the child is just learning to understand the speech it is very important to have a proper hearing-aid.

We were lucky to meet wonderful people who had faced the same problem. They explained a lot to us, and helped us come to terms with our misfortune. It was them who told us about good hearing-aids produced by Widex and Siemens. Unfortunately, such devices are unavailable in Belarus and consequently they can’t be serviced here. We also were told about Melfon Center in Moscow and a very good specialist working there. Many kids from Belarus went to the Center and were quite satisfied with the results. We calculated the expenses and came to the conclusion that the amount was too big for us. We realized that we just wouldn’t be able to handle such an amount. And we strive to do everything possible for our son and even more.

We have a hope that our son can enter the world of normal hearing people. We are asking you to help us buy good hearing-aids for Bogdan and have them properly adjusted. I would like to thank in advance all people who will respond to our call for help.

Новости
Today we have remitted the payment for Bogdan's hearing-aids — $ 3 571. 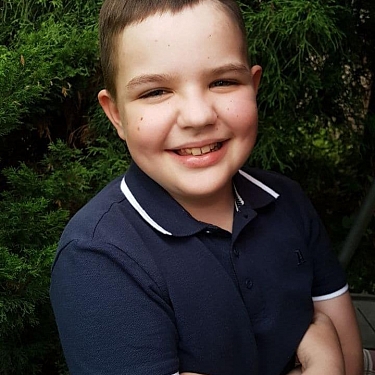 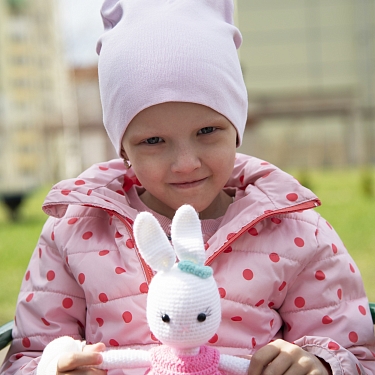