24.06.2010, city of Minsk
Fundraising is over
Meet the child
When Evelina was one year old, she was diagnosed with a rare benign tumor hamartoma - benign focal malformation occurs on the hypothalamus which is located in the brain and caused a range of symptoms.
A hypothalamic hamartoma is symptomatic; It is often the cause of the puberty and major health issues. Symptoms typically begin in early infancy and are progressive, often into general cognitive and / or functional disability. Moreover, it is usually difficult to resection, as it has been generally interdewined with, the optic nerve.
While Evelina grew up, he began to suffer from a complex of painful symptoms. At the age of 5 years, epileptic seizures appeared, the number of which increased constantly. Conducted medical therapy doesn't sufficient and do not bring the expected results. The disorder affects the central nervous system and results in a combination of symptoms including seizures, developmental delay, behavioral problems.
In 2018, due to the deterioration of the child’s condition, the question arose as to whether the tumor needed to be removed as surgical removal is an essential part of the tumor treatment. Such operation in neurosurgery refers to high complexity surgery due the tumor location. The Rothschild Clinic (Paris, France) specializes in treating such diseases and is ready to accept Evelina for treatment.
Dear benefactors, we will help Evelina to realize her chance for a full healthy life!

Dear benefactors, if you want to receive the latest news about the activities of the Chance Foundation you can subscribe here, or join the official group of the Foundation in social networks: VKontakte, Twitter, Facebook. 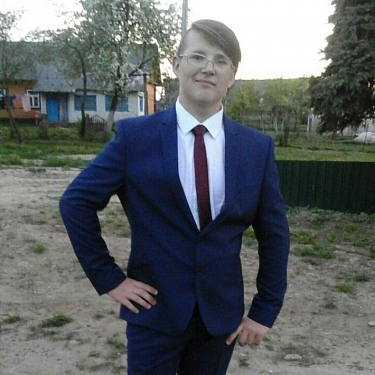